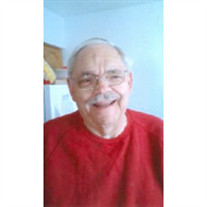 Ronald E. Coughenour passed into God's hands suddenly on Thursday, June 27, 2013 at UTMC. Ron was born to Stella and Roy Coughenour on July 5, 1933. He was to celebrate his 80th birthday this year. He married his wife Phyllis on August 6, 1955 whom he started dating when she was just 15. They would have celebrated their 58th Wedding Anniversary this year. Ron was a U.S. Letter Carrier for 31 years before retiring to become full time Vice President of NALC Branch 100, a position he held for 25 years. He was active in dealing with mediation and arbitrations. Before becoming Branch Vice President he served as shop steward at the old Station B. Ron was very active with the Toledo Area AFL-CIO beginning in 1960 to present, including serving as Executive Secretary and Council Legislative Coordinator. One of his proudest moments was serving as Grand Marshall in the 2006 Toledo Labor Day Parade. He was also involved in community service. He is the current Vice President of the Anne Grady Services Foundation Board and also a current member of the Lucas County Democratic Executive Committee. He previously served on multiple boards and committees including United Way of Greater Toledo, Lucas County Board of DD, Private Industry Council Board, Workforce Development . Ron is lovingly survived by his wife of 57 years Phyllis. Also surviving are his son Ronald, daughters Janice (Joe) Stockdale, Penni (Dan) Pelow, grandchildren, Kelley (Mike) Mishka, Brooke (fiancé Eric) Stockdale, Matthew Pegish, Steven (Raquel) Stockdale, Brett (Tanna) Pegish of Sweetwater Tenn., Joe Stockdale, Brianne Pelow, and Zachary Pelow as well as his great grandchildren, Lindsey Stockdale, Anthony Laffartha, Aaron Laffartha and Alexander Stockdale. Though Ron dedicated himself to the Labor Movement and civic duties, his first commitment was to his family. They always came first. He will be missed by his family and many friends. Friends are invited to visit from 2:00-8:00PM on Sunday June 30, and Monday July 1, 2013 in the Ansberg-West Funeral Home, 3000 Sylvania Ave. where funeral services will begin at 11:00AM on Tuesday. Interment will be in the Toledo Memorial Park Cemetery. In lieu of flowers, the family requests consideration in honor of Ron to The American Cancer Society, The American Heart Association or the Anne Grady Foundation. To send Ron's family online condolences, please visit www.ansberg-west.com.

Ronald E. Coughenour passed into God's hands suddenly on Thursday, June 27, 2013 at UTMC. Ron was born to Stella and Roy Coughenour on July 5, 1933. He was to celebrate his 80th birthday this year. He married his wife Phyllis on August 6, 1955... View Obituary & Service Information

The family of Ronald E. Coughenour created this Life Tributes page to make it easy to share your memories.