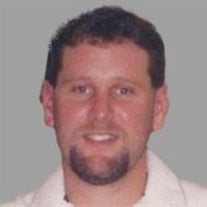 Thomas Hood, affectionately called “Tommy”, of Toledo, Ohio passed away on Tuesday, November 16, 2021 from heart failure. Tommy was born on April 3, 1969 to Janice (Davis) Hood and Lee Hood. He grew up in Toledo, Ohio and attended Meadowvale Grade School and Whitmer High School, graduating in 1987. Tom was an avid sport’s participant and fan. During his Senior year, he was part of the Whitmer team that qualified for the State Final Four. He was the Starting Point Guard and named First Team All GLL basketball team, a memory that Tom cherished forever. Tommy continued his studies at the University of Toledo obtaining a Bachelor’s Degree in Communications. After completing his degree, he was promoted to Sort Manager for Federal Express and relocated to California. His work experience made him an expert in his field. He was a source of extensive knowledge dealing with logistics and his skills were invaluable. He was employed by Federal Express for thirteen years and promoted to Hub Manager for the largest hub west of the Mississippi. He went on to work at other companies such as American Package Express and Roadway. When Tommy entered a room, he would light it up and make his presence known. All who came in contact with Tommy have a favorite story to share. Since his birth, Tommy was larger than life in every way. Family was important to Tommy and his family loved and supported him. When dealing with sport’s knowledge, he was the “guru” of facts and statistics. Those preceding Tommy in death were his grandparents, Mary McCord, Ray and Ethel Davis, Bill Hood and his brother Terry. Surviving is his wife, Patty Chavez-Hood. Other family survivors are his parents, William (Lee) Hood (Carol Born), Janice (Davis) Hood (Joe Moyer), brothers Doug (Kelly) Hood, Tim Hood, his nephew Dan and nieces Katie and Allison. There will be a visitation at Ansberg-West Funeral Home, 3000 Sylvania Avenue, Friday from 2:00p.m. to 8:00p.m. There will also be a viewing at Corpus Christi at 9:00 AM preceding the Mass of the Resurrection at 10:00 with internment following at Toledo Memorial Park. The Mass will be streamed live from Corpus Christi at the following website:https://www.ccup.org/live/

Thomas Hood, affectionately called &#8220;Tommy&#8221;, of Toledo, Ohio passed away on Tuesday, November 16, 2021 from heart failure. Tommy was born on April 3, 1969 to Janice (Davis) Hood and Lee Hood. He grew up in Toledo, Ohio and attended... View Obituary & Service Information

The family of Thomas Michael Hood created this Life Tributes page to make it easy to share your memories.