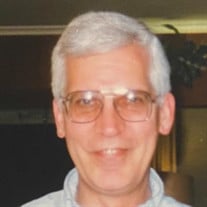 It is with much sadness that we inform you of the death of the most kind, easy going, lovable man you could ever have the pleasure of knowing. Thomas Snyder passed away peacefully in his sleep on March 7, 2022, at his home in Bowling Green, OH. Tom was born in Bradner, Ohio, in 1947, to George and Betty Snyder. He was the youngest of three boys. Tom’s family moved from Bradner to Rising Sun, Ohio in 1958. He was a 1965 graduate of Lakota High School and went directly into Barber School. After graduating, he worked at the Bowling Green State University Student Union Barber Shop until 1966 when he joined the Army. One of his fondest memories from serving our country was parachuting. After being discharged from the Army, he began working at the Service Barbershop in Bowling Green. In 1997, Tom and a colleague started the BG Barbershop. Tom knew all the best “dad jokes” (and some dirty jokes too) due to this line of work. He retired in November 2021. Tom met the love of his life, Patricia “Pat” Snyder, while he was in the hospital being treated for appendicitis. Pat was working in the Dietary Unit and it was love at first sight. Three months later they were engaged and married the next year. They created fond memories during their honeymoon in Niagara Falls. Their first home was at Varsity Square apartments where they were one of the first tenants. Later, Tom and Pat moved to Portage, OH to raise their children. While in Portage, Tom put a lot of hard work into their home, which included building the garage and finish work to the addition. In 1990 they moved back to Bowling Green, where Tom lived out the rest of his life. Some memorable vacations were visiting with friends in Maine and multiple trips to Lake James with cousins. Tom and Pat also did a lot of traveling to dog shows throughout the US and to Canada. Tom’s hobbies included throwing darts with a local league, crewing for a hot air balloon and fishing. He was a devoted father and served as a Cub Scout Den Leader. It was an annual tradition to go to Cedar Point with family. Tom is preceded in death by his parents, George and Betty Snyder, and his daughter LaDawn. He is survived by his wife, Patricia Snyder; his son Robert (Hillary) Snyder; and his brothers Bill (Marilyn) Snyder and Gary (Mary) Snyder. There will not be a celebration of life scheduled at this time.

It is with much sadness that we inform you of the death of the most kind, easy going, lovable man you could ever have the pleasure of knowing. Thomas Snyder passed away peacefully in his sleep on March 7, 2022, at his home in Bowling Green,... View Obituary & Service Information

The family of Thomas L. Snyder created this Life Tributes page to make it easy to share your memories.

It is with much sadness that we inform you of the death of the...