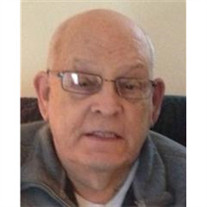 SHULL William L. William L. Shull, 83, of Toledo, passed away Tuesday, April 21, 2015, at St. Anne Mercy Hospital. He was born January 2, 1932, in Toledo and was the son of William and Agnes Shull. Bill was a Central Catholic High School graduate and graduated from the University of Toledo with a B.B.A. Bill worked at Excide from 1987-96, General Battery from 1985-87 and Prestolite Battery Division from 1963-85. He was also an instructor at Owens Community College from 1996-2010. Bill was a member of the Lion’s Club where he served as president in 2003. He was also a member of the Ohio Business Teachers Association Council, University of Toledo Business Administration Alumni Association and United Way Loaned Executive. Bill was a grade school basketball coach, Junior Achievement Advisor and was on the Automotive Research Council. He enjoyed tennis, reading and Toledo Rockets Boys and Girls Basketball. Bill was a devoted husband, father, grandfather, volunteer and active community member. He had lots of friends and was known for sending them and family members a postcard from his many business trips. He enjoyed packing the family in the station wagon and hitting the road for eventful vacations. He was admired for his humor and making any situation brighter and better. Bill was welcoming and open minded of people with different cultures and beliefs. He will be greatly missed. Survivors include his wife, Mary Ann “Maisie” Shull, whom he married on January 28, 1956; children, Karen (David) Thomas, Connie (Gregory) Kinney, Ronald (Ebru) Shull, Kenneth Shull and Julie (David) Strohsack; grandchildren, Scott and Steven Kinney, Eric and Allison Thomas, Danna, Lynn and Kristen Strohsack and Ada Shull and his sister, Dolores Martin. Bill was preceded in death by his parents; son, Robert Shull and sister, Rita Makin. Friends may visit with the family on Saturday, from 9:30 a.m. until the memorial mass at 10 a.m., at St. Pius X Church, 3011 Carskaddon Avenue. Memorial contributions may be made to the American Diabetes Association. Arrangements entrusted to the Ansberg-West Funeral Directors, (419) 472-7633. Online condolences may be made to the Shull Family at www.ansberg-west.com

SHULL William L. William L. Shull, 83, of Toledo, passed away Tuesday, April 21, 2015, at St. Anne Mercy Hospital. He was born January 2, 1932, in Toledo and was the son of William and Agnes Shull. Bill was a Central Catholic High School... View Obituary & Service Information

The family of William L. Shull created this Life Tributes page to make it easy to share your memories.